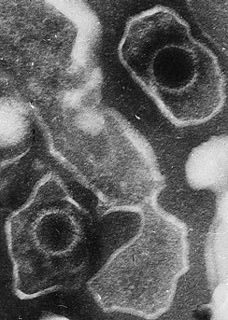 Adoptive immunotherapy that targets the immune system response to EBV-infected B cells helped one patient with secondary progressive MS, as reported February 3 in Multiple Sclerosis Journal (Pender et al., 2014). The response provides the proof of concept for a clinical trial, according to lead author Michael P. Pender, M.D., Ph.D., and colleagues from The University of Queensland.

Whether the relationship between prior infection with Epstein-Barr virus and MS is cause or effect remains unclear. EBV is present in 90% of the healthy adult population, yet in 99% of people with MS (Bagert, 2009).

The virus infects resting B cells, generating memory B cells in the periphery that do not normally evoke an immune response. But MS patients have elevated EBV antibodies years before MS symptoms begin, and viral markers are in B cells and plasma cells in the postmortem brain (Serafini et al., 2007). EBV apparently reactivates in ectopic B cell follicles in the cerebral meninges. Earlier in the pathology, the immune response to EBV cycles with the pattern of relapse and remission (Angelini et al., 2013).

Borrowing from adoptive immunotherapy used to treat nasopharyngeal carcinoma, the researchers expanded the patient’s T cells in the presence of adenoviral vector–bearing genes for three EBV proteins (EBV nuclear antigens 1 and latent membrane proteins 1 and 2A) that are CD8+ T cell epitopes. The 42-year-old patient received 5 million of the altered cells every 2 weeks for 8 weeks. The patient had a progressive MS T cell profile (increased CD4+:CD8+ ratio) and an HLA type indicating that his cells would present the three epitopes.

Results were consistent with the altered T cells targeting the EBV-bearing B cells. Intrathecal IgG levels fell and three brain lesions on MRI 5 weeks before the therapy were gone 9 weeks after. The patient didn’t experience fever, flulike symptoms, or malaise, and reported less fatigue, fewer leg spasms, better cognition, improved use of his limbs, and in general having an easier time working at home. The only adverse effect was a few hours of tingling and numbness in his lips and tongue on the second and third days. His positive response may support development of a clinical trial protocol.

Scott Burrows and Rajiv Khanna, authors of the Pender et al. paper, hold a patent on the EBV epitopes represented in the AV construct.

This study is an interesting case report of an individual with secondary progressive MS treated with EBV-specific adoptive immunotherapy, which boosts immune responses against the “sleeping state” of EBV, when the virus is hiding in immune cells. This elegant and carefully executed study shows that administration of a subtype of CD8+ T cells, which are pivotal in control of persistent infections, can be safely performed after manipulation in the lab using tools developed for anti-EBV cancer vaccine strategies. However, these killer CD8+ T-cells have the potenital to be harmful if activated too vigorously or directed against our own tissue. The patient reported an improvement of symptoms and showed reduced inflammatory activity on MRI. However, we have to be careful as the underlying mechanism remains unknown. Nevertheless, this case study may raise interesting questions about the role of EBV in MS and highlights the need for clinical trials in larger populations.

There is compelling evidence from epidemiological studies that EBV infection increases the risk of MS by 20- to 30-fold. It’s less clear how EBV increases MS risk and what its role is on the disease course, but the immune response to EBV may contribute to MS pathology. Therefore, strengthening the cellular immune response to EBV, as done by Pender and colleagues, could on one hand be beneficial by reducing the number of EBV-infected cells, but could also be potentially harmful, because the EBV-specific CD8+ T cells injected into the patient could increase inflammation and extend the damage.

Appropriately, Pender et al. attempted this treatment in only one patient with severe disease. The results are encouraging and justify the urgent but cautious extension of the study to a small number of patients with similarly severe disease and under rigorously monitored conditions. The Australian team and their patient should be praised for their dedication and courage in pursuing an unconventional treatment that is providing hope to thousands of patients with progressive MS Let’s hope that they are on the right track.

"In 2003 I published a new theory in Trends in Immunology proposing that chronic autoimmune diseases such as MS and rheumatoid arthritis are caused by uncontrolled EBV infection leading to infection of autoreactive B cells, which accumulate in the organ affected by the autoimmune disease. I proposed that MS was caused by the accumulation in the brain of EBV-infected autoreactive B cells which produce anti-brain antibodies and also provide survival signals to autoreactive T cells that would otherwise die in the brain by apoptosis (programmed cell death). The theory made predictions which have subsequently been verified, namely: the presence of EBV-infected B cells in the brain in MS; a beneficial effect of rituximab which kills B cells, including EBV-infected B cells; decreased CD8+ T cell immunity to EBV in MS; and EBV infection of autoreactive plasma cells in the joints of people with rheumatoid arthritis. It also predicted that boosting CD8+ T cell control of EBV by vaccination or by adoptive immunotherapy would prevent and successfully treat chronic autoimmune diseases.

"We believe that the beneficial effects of the therapy are due to the killing of EBV-infected B cells in the brain by the transferred CD8+ T cells. The beneficial effect of boosting immunity to EBV by this treatment highlights the importance of impaired immunity to EBV in the development of MS. A clinical trial is now needed to determine safety and therapeutic efficacy across the clinical spectrum of MS."