Glatiramer Acetate and the Interferon Betas Are Clinically Similar

Following on the heels of a Cochrane meta-analysis earlier in 2014, a new study finds that MS patients followed over 10 years have similar annualized relapse rates whether they take glatiramer acetate or one of the interferon betas 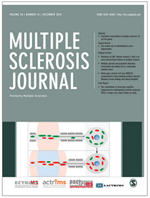 No matter how you slice it, glatiramer acetate (GA) and the interferon betas (IFN-β) appear to be equally good treatment options for patients with relapsing-remitting multiple sclerosis (RRMS). A recent study from the Multiple Sclerosis Journal looked at 10 years of data on over 3,000 RRMS patients registered in MSBase, a global database of MS patients, and found that GA and IFN-β were similarly successful in reducing relapses (Kalincik et al., 2014). The study’s conclusions are similar to, though slightly different from, those of a Cochrane meta-analysis published in the summer of 2014 (La Mantia et al., 2014).

In the new study, researchers pulled data from MSBase on 3,326 RRMS patients who were using either IFN-β or GA as their first-ever disease-modifying therapy (DMT) for at least 6 months, and had started treatment within 10 years of their first symptom. To be included in the study, patients also had to have had at least one relapse recorded during the two years leading up to the start of their initial DMT. Each patient also had to have a minimal data set recording sex, age, date of first MS symptoms, dates of relapses, clinical MS score, their treatment center, and their baseline disability described by the Expanded Disability Status Scale.

The researchers looked at patients in four different treatment groups: IFN-β-1a intramuscular (IM), IFN-β-1a subcutaneous (SC), IFN-β-1b, and GA. They noted that, generally, patients treated with IFN-β-1a IM were less disabled at baseline than patients treated with the other interferons. Patients on GA were also generally older than patients on interferons. The researchers then paired each treatment group in six different head-to-head comparisons. The patients were also matched in clinical and demographic characteristics in each comparison.

Additionally, approximately one-third to one-half of all relapses were treated with steroids, and the researchers saw no significant differences in the efficacy of steroid treatment between the groups. The researchers also observed a significantly higher portion of relapse-free patients in the GA group compared to the IFN-β-1a IM and IFN-β-1b groups (p ≤ 0.02).

The conclusions of both studies were that, by and large, GA and the IFN-βs are relatively similar in clinical outcome. None of the treatments showed major differences in accrued disability over time. It appears that GA and IFN-β-1a SC may be slightly superior in lowering ARR, but the data for all treatments are relatively limited.

The authors of the current study noted that they are “eagerly awaiting” similar reviews on newer treatment options.

The work was supported by Multiple Sclerosis Research Australia, several NHMRC awards and grants, and the MSBase Foundation. The MSBase Foundation is a not-for-profit organization that receives support from Merck Serono, Biogen Idec, Novartis Pharma, Bayer Schering, Sanofi-Aventis, and BioCSL. The study was conducted separately and apart from the guidance of the sponsors.

The results of this study and that of a previous Cochrane meta-analysis on the same subject are very similar. The take home message at a very high level from both of these investigations is that these medicines are more similar than dissimilar. At a granular level, you can see some differences but both the studies eloquently explain that there are very week data on the differences between glatiramer acetate and interferon-beta to begin with. But both of these therapies are very effective for RRMS. So the crux of the issue here is that individuals – not statistics or clinical trials – are going to be a responder or not. The good news is that both of these treatments are generally clinically similar and also very safe, so that means that for an individual patient, you can really cater the treatment to their individual needs.