Sex Differences in MS Are Genetic, Not Just Hormonal

In contrast to their influence on immune system reactivity, female chromosomes confer protection to the central nervous system 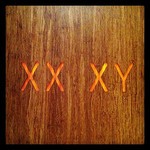 When it comes to sex differences, multiple sclerosis presents a paradox: Although women are more likely to get MS, men who do get the disease experience a more precipitous decline into disability. New work from Rhonda Voskuhl, M.D., and colleagues at the University of California, Los Angeles, now shows that genes on the sex chromosomes—not just the cascade of hormones they set into motion—determine gender susceptibility to disease. Moreover, the genetic influence appears to be tissue-specific. The work was published online February 3 in the Proceedings of the National Academy of Sciences (Du et al., 2014).

In order to separate the effects of sex differences on the immune system from those on the central nervous system (CNS), the researchers used a line of transgenic mice in which the male sex-determining Sry region of the Y chromosome had been removed (XY–). Autosomal replacement of Sry with a transgene allowed XY– mice to father pups. All XX and XY– mice were hormonally female, removing the gonadal influence from the equation.

Together, the findings suggest that X-linked genes conferred some protection in the CNS—the opposite of their influence on the immune system.

The authors next homed in on an X-linked gene known to participate in neurodegenerative processes: toll-like receptor 7 (Tlr7). Mice with XY– CNS had more Tlr7-expressing neurons—but not microglia—than their XX CNS counterparts, hinting that the receptor might contribute to the greater CNS susceptibility. Interestingly, the researchers found no sex-linked influence of the immune system on EAE severity when CNS complement genotype was the same (either XX or XY–).

More work will be required to sort out how sex-linked genes sway the brain and immune system toward resilience or decline, but the new report confirms that the question is worth investigating.

The authors reported no disclosures. The research was supported by funds from the National Institutes of Health (NIH), the National MS Society, the Conrad M. Hilton Foundation, the Jack H. Skirball Foundation and the Sherak Family Foundation.