This population-based study of more than 28,000 Swedish citizens with multiple sclerosis found strikingly lower ratios of familial recurrence of the disease compared with most previous studies 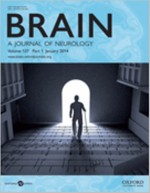 A new population-based study of people with multiple sclerosis (MS) has found what the authors term "strikingly" lower risk ratios of familial recurrence of MS, compared with previous studies.

The study appears in the current issue of the journal Brain (Westerlind et al., 2014) and is authored by Helga Westerlind, a doctoral student in the Department of Clinical Neuroscience at the Karolinska Institute in Stockholm, along with colleagues.

"By linking national registries, we sought to avoid common limitations of clinic-based studies such as low numbers, poor representation of the population and selection bias," the authors wrote.

Mining data from the Swedish Multiple Sclerosis Registry as well as from a nationwide hospital registry, the researchers first identified 28,396 Swedish citizens who had been diagnosed with MS since 1968. In addition, they used the country's Multi-Generation Registry to identify people who were related to people with MS, including first- and second-degree relations and cousins. Digging still further, they used the Swedish Twin Registry to identify twins of people with MS.

When the investigators estimated crude and age-corrected risks of developing MS, they found they were approximately the same as those found in previously published studies.

Further maximizing the power of the study, however, the researchers also constructed a population-based data set composed of controls. "For all MS patients and their relatives, a maximum of 10 matching control-relatives pairs were selected," Westerlind told MSDF in an interview. "These were matched on year of birth, sex, and relation to the MS patient. So, for a woman with MS born in 1943 with a brother born in 1945, 10 sister-brother pairs with the sister born in 1943 and not diagnosed with MS and a brother born in 1945 were randomly selected."

When they used the matched population-based controls to assess relative risks (observed versus expect cases of MS), they came up with lower estimates than in previous studies.

For children of people with MS, the risk was about fivefold, the authors said. The study found no increase in risk for grandchildren and nieces/nephews.

One surprising finding from the study, the researchers said, was that risks of MS were the same among maternal and paternal relations of people with MS. That appears to run counter to findings from previous studies that have found the incidence of MS to be higher among women than men.

In their assessment of MS risk in twins, the researchers estimated risk of heritability of MS among nearly 75,000 confirmed zygotic twin pairs, in 315 of which at least one of the individuals had been diagnosed with MS. Aiming to increase the power of their assessment, they also factored in registry information on 2.5 million sibling pairs.

She said the model she and her fellow researchers used for assessing twins suggested that about 64% of cases are due to genetics, that there seems to be no or very little contribution (1%) from the environment shared by the pair, and that the remainder of the risk (35%) is attributed to the nonshared environment.

Thus, the study confirmed findings from earlier results that have suggested MS appears to be primarily associated with genetic factors and secondarily by individual risk factors. A shared environment does not appear to be of any particular significance, the researchers said.

They said the relative risks presented in their study are to their knowledge the first ascertained by the use of randomly selected controls from the general population. That is in contrast to previous studies, most of which relied on patient groups collected in hospitals over the course of decades.

The researchers said that besides lowering estimates of MS heritability, the findings of the study have additional implications.

"In the context of gene mapping efforts, our findings suggest a theoretically smaller number of multiple sclerosis risk genes, indicating that a greater proportion of the genes contributing to multiple sclerosis susceptibility have been identified than previously thought," they conclude.