Women with RRMS who use combined oral contraceptives tend to have less severe disease, although the retrospective study could not establish causation 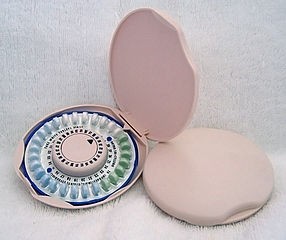 Combined oral contraceptive (COC) use is associated with a less severe disease and less severe evolution of relapsing-remitting multiple sclerosis (RRMS), according to a retrospective and exploratory study published April 29 in Fertility and Sterility (Gava et al., 2014). The effects of different progestin doses or types is still unknown.

Based on gender differences in brain damage and the clinical course of the disease, it’s long been suspected that sex hormones may play a role in MS pathogenesis. The incidence of RRMS in females is two to three times higher than in males, but males have a more rapid progression and worse outcomes than do females.

“[COCs] are a source of exogenous sex steroid hormones widely used among women during the years in which they are most susceptible to MS,” wrote Giulia Gava, M.D., from Gynecology and Physiopathology of Human Reproduction, University of Bologna and S. Orsola-Malpighi Hospital in Bologna, Italy, and colleagues. “Most existing epidemiologic evidence does not clarify whether long-term use of COCs influences the risk of developing MS or affects the age of onset.”

The study goal was therefore to examine the association of COC use with the clinical course of RRMS, looking at outcomes of disability progression and evolution to secondary progressive multiple sclerosis (SPMS). At an academic medical center, the investigators interviewed 174 women with clinically confirmed MS regarding their gynecologic and obstetric history.

At the time of study enrollment, 141 of these women still had RRMS and 33 had evolved to SPMS. Mean duration of MS was 14.3 ± 9.8 years. Primary study endpoints were Expanded Disability Status Scale (EDSS), Multiple Sclerosis Severity Score (MSSS), annualized relapse rate, and evolution to SPMS.

Among those women who had used prior or current immunomodulatory treatment, COC users had lower EDSS scores and MSSS than did nonusers of COCs. However, nonuse of COCs predicted disease evolution in SPMS, regardless of history of immunomodulatory treatment. Differences in progression to PPMS were statistically significant even after adjustment for age, disease duration, use of disease-modifying therapies, age at menarche, and parity.

“Our results suggest that COC use is associated with a less severe disease and less severe evolution,” the study authors wrote. “Whether different doses or types of progestin may have different effects remains to be defined.”

Women who did or did not use COC had no significant difference in annualized relapse rate. The investigators could not detect any differences in EDSS scores and evolution to SPMS based on COC formulation.

The limitations of this study include its retrospective design, possible recall bias, small sample size, and wide variation in disease duration. In addition, COC users and nonusers had different mean age and mean duration of disease.

“[O]ur results reinforce and extend previous data suggesting potential beneficial effects of COCs on the course of RRMS and on its evolution to SPMS,” the study authors concluded. “Future goals should be the confirmation of our results in prospective, long-term, follow-up studies and the determination of whether different doses or different types of progestins included in COC formulations may have different effects.”

This article is of much importance to women suffering from MS. This work confirms our previous results suggesting a protective effect of OC use on disabling progression in MS, as reported in the 2006 American Academy of Neurology Meeting and published in the Journal of Neurological Sciences (2012). The most important new finding of the present work concerns the possible protective effect of OC use against the development of the secondary progressive phase of MS. This result confirms a potential protective effect of OC use on the neurodegenerative process of the disease, the main cause of accumulation of disability. Current immunologic treatments are known to have a modest effect on this process. As stated by the authors, it is possible that the type or composition of pills might be relevant for their benefits in the disease. Further research needs to clarify this issue.
Reference: Sena A, Couderc R, Vasconcelos JC, Ferret-Sena V, Pedrosa R.
J Neurol Sci. 2012 Jun 15;317(1-2):47-51. doi: 10.1016/j.jns.2012.02.033. Epub 2012 Mar 28. PMID: 22459356