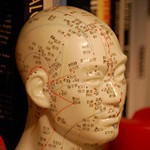 Persons with multiple sclerosis (MS) use complementary and alternative medicine (CAM) most often during the transition from moderate to severe impairment and have a shorter duration of illness than nonusers, according to the findings of a longitudinal survey of 119 patients. At the end of 7 years, relaxation techniques and traditional Chinese medicine (TCM) were the preferred therapies, according to the study, which appeared in the journal Complementary Therapies in Medicine (Kochs et al., 2014).

“It has been reported that MS patients use CAM due to dissatisfaction with conventional treatments or associated side effects, a negative relationship to their physician, the wish for active therapy participation, or physician’s or family members’ [advice,]” wrote Luise Kochs of the gynecology service of HELIOS Hanseklinikum Stralsund in Germany and colleagues. “To date, little is known about objective, positive effects of CAM use during the course of MS. … [L]ongitudinal data on CAM use in patients with MS are very rare.”

The goal of the study was to examine CAM use among persons with MS during the course of their disease and as a function of disability progression, disease duration, stage of impairment, and socioeconomic factors.

In 2002 and 2009, 119 persons with MS underwent semistructured interviews regarding CAM utilization and sociodemographic and disease factors, and depressive symptoms were measured by the Beck Depression Inventory. Various statistical tests allowed comparison of CAM users and nonusers. Most CAM was used as an adjunct to conventional treatment rather than as a replacement for it.

At the second interview 7 years later, fewer persons with MS used CAM; their disease had progressed; and their socioeconomic situation had worsened. CAM use typically occurred during a transition from moderate to severe impairment, characterized by Expanded Disability Status Scale (EDSS) scores between 3.5 and 4.0 points. Median illness duration in CAM users was shorter than in nonusers by about 2 years.

During the 7-year study period, there were changes in the modalities of CAM most widely used. Techniques most often reported at the first interview were kinesitherapies (78.5%), vitamins (48.4%), and other dietary supplements (36.6%), whereas relaxation techniques (38.2%), TCM (25.5%), and homeopathy (18.2%) were reported most often at the second interview.

The investigators suggested that possible reasons for the decline in prevalence of CAM use might be dissatisfaction or a bad experience with CAM-associated side effects, as well as financial issues due to cost of CAM therapy coupled with disability-related loss of income. However, this study was unable to address these possibilities due to lack of data regarding reasons for starting or stopping CAM use, or for choice of specific therapies. The study was also limited by lack of data regarding the efficacy of CAM therapies.

“[W]e conclude that patients report most CAM use at a stage of disease with first serious symptoms and first considerable impairments, e.g. a reduction of the maximal walking distance,” the study authors wrote. “At this stage, patients may aim to try every possible treatment for the disease or its symptoms, whereas patients in an advanced stage of disease may have resigned to the fact that they suffer from an incurable disease.”

The study authors and Dr. Pucci reported having no financial disclosures.

This study showed a decrease over a 7-year period in use of CAM by persons with MS. CAM users had a shorter duration of illness than nonusers and an EDSS of 3.5 to 4.0 points. Thus, we can say that CAM was used when disability was becoming evident in this cohort of MS patients. CAM seems to be used when patients try to do everything possible to combat the increasing disability. EDSS of 3.5 to 4.0 corresponds to a wide range of symptoms that represent unmet needs for people with MS. Few “conventional” interventions are available as symptomatic treatments in MS, and CAM may be considered by patients as an opportunity to try to cope with their problems through a holistic approach, using practices that are generally perceived as safe. In fact, in this study, the majority of patients reported using CAM with the intention of increasing well-being and relaxation, and relaxation techniques and traditional Chinese medicine were the favored CAM practices at the end of the study.

The major limitation of this study was that the authors did not directly assess the causes of the general decline in CAM use. As a consequence, we do not know why CAM was abandoned, but lack of efficacy (or efficiency, i.e., not enough benefit for the cost paid) might be one of the most important hypotheses.

The authors’ conclusion that “CAM could be an important appliance to cope with the disease” can be read as controversial, or even dangerous, advice for clinicians to favor the use of CAM in MS patients. On the contrary, as a “conventional” neurologist, I think that CAM should be critically discussed with patients. Patients should know that practices which are not tested or lack evidence of efficacy can be dangerous for their health, since they are a source of unrealistic expectations and, for this very reason, a source of reduced capacity to cope with disability. Moreover, CAM practices can be burdened by adverse events and can be expensive, diverting economic resources from other interventions.

I recommend that doctors and patients seek to discuss the suitability of therapeutic approaches to MS. These discussions should go beyond the distinction between “conventional” and “unconventional” therapies but should not overlook the concepts of “science-based” and “evidence-based” medicine. Patients should be well informed about these issues in order to participate appropriately in decisions concerning their health. Undoubtedly, the authors are wise in their recommendation that clinicians pay attention to the high percentage of CAM users among persons with MS and the important issue of unconventional treatment in MS patients.