Common compounds made by gut microbes that break down dietary fiber appear to boost the number and function of regulatory T cells (Tregs) in the colons of mice, a new study found. The findings expand the known ways that intestinal bacteria can influence Tregs, which can dial down an immune response and may be malfunctioning in autoimmune and inflammatory disorders, including multiple sclerosis (MS) and inflammatory bowel disease (IBD). 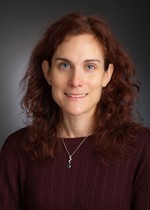 The microbial metabolites, known as short-chain fatty acids (SCFAs), restored the depleted Tregs of germ-free mice, the researchers reported. In mice with normal intestinal bacteria, supplemental SCFAs expanded the existing Treg population and activity. In a mouse model of colitis, SCFAs in drinking water reduced intestinal inflammation by enhancing Treg function. The SCFAs signaled the Tregs through the G-protein-coupled receptor 43 (GPR43). The study from the laboratory of Wendy Garrett, M.D., Ph.D., an immunologist and oncologist at Harvard School of Public Health and Dana-Farber Cancer Institute in Boston, was published August 2 in Science (online 4 July 2013) (Smith et al., 2013).

The study adds more evidence that "bacteria have the capacity in and of themselves to modulate the immune system and make it respond in a positive way," said Lloyd Kasper, M.D., an immunologist and neurologist at Geisel School of Medicine at Dartmouth College in New Hampshire, who was not involved in the study.

The experiments did not use an MS model, but in an interview with the MS Discovery Forum (MSDF), Kasper speculated that the bacteria metabolites might have a similar effect in mouse models of MS. Three years ago, Kasper's team reported that a molecule on the surface of one common species of gut bacteria (Bacteroides fragilis) protected against central nervous system demyelinating disease in two experimental autoimmune encephalomyelitis mouse models, apparently by turning on Tregs, both prophylactically and therapeutically (Ochoa-Repáraz, et al., 2010). Previously, the molecule (polysaccharide A, or PSA) had been shown to protect mice against experimental IBD (Mazmanian et al., 2008).

"It's a terrific paper," said Sarkis Mazmanian, Ph.D., a microbiologist at the California Institute of Technology in Pasadena, in an interview with MSDF. Mazmanian first reported that PSA on the surface of B. fragilis converts CD4+ T cells into Foxp3+ Treg cells that produce IL-10 in the colon (Round and Mazmanian, 2010). "We have been working with a specific organism that makes a molecule unique to B. fragilis that induces Tregs and suppresses inflammation, and Wendy has discovered a more general metabolite produced by multiple bacterial groups that does something similar."

The study builds on discoveries (Nagano et al., 2012) showing that Tregs are dependent upon gut microbiota, specifically B. fragilis and Clostridia, Garrett told MSDF in an email. "We all may not have B. fragilis," she wrote. "In addition, human and mice both have many different strains of Clostridia. However, all healthy humans have regulatory T cells. Since SCFA are such abundant microbial metabolites, we hypothesized that SCFA may regulate Tregs in the colon."

“Many different bacteria in the colon digest fiber and produce SCFAs, including those implicated in immune regulation, including some Clostridium species,” Garrett wrote in an email. “SCFAs provide energy to the epithelial cells lining the colon walls, where the Tregs live. Similar to the way yeast can ferment sugars into beer and wine, our intestinal bacteria also ferment undigested polysaccharides (complex sugars) into acids," she wrote, such as acetic acid, propionic acid, butyric acid, and more. In fact, bacteria have been identified by their SCFA signatures for at least a half-century.

More recently, immunologists have become interested in gut bacteria, their influence on the immune system, and their potential role as therapeutic agents or targets in immune disorders. For example, SCFAs can attract innate immune cells to sites of resolving injury and help protect against unresolving inflammation and the chronic inflammation seen in IBD, arthritis, and asthma (Maslowski et al., 2009). The impact of SCFAs on autoimmune diseases may be influenced by host genetics, according to unpublished data showing that the SCFA acetate protects male mice predisposed to type 1 diabetes, but not females. Alexander Chervonsky, M.D., Ph.D., of the University of Chicago presented this data at the recent meeting of the Federation of Clinical Immunology Societies (FOCIS) in Boston.

In the latest study, led by postdoctoral fellow and first author Patrick Smith, Ph.D., adding an SCFA mix and the SCFA propionate to drinking water increased Treg numbers in germ-free and normal mice. In cultures with inflammatory T effector cells, the suppressive activity of the Tregs could be attributed both to increased Treg numbers and increased Foxp3 and IL-10 expression. Using Ffar2 knockout mice, they showed that the GPR43 receptor, encoded by the gene Ffar2 and also used by SCFA to target innate immune cells, was key to the enhanced Treg activity and also necessary for restoring Treg function that was disrupted by the antibiotic vancomycin. The paper focused on colonic Tregs and found responses in the colonic Tregs but not those in lymph nodes or spleen.

"SCFA exert so many different effects on Tregs by altering molecules that affect the structure of DNA, making some areas of the DNA more open and available for transcription," Garrett wrote in an email. "In this way, SCFA can affect several different Treg functions."

For Garrett and others, the findings advance the therapeutic potential of dietary-based interventions using the SCFA mix and perhaps other molecules that boost signaling through GPR43 to improve Treg function in patients with inflammatory bowel disease and other autoimmune diseases. The concept was also advanced in another new study from Kenya Honda, M.D., Ph.D., of the RIKEN Center for Integrative Medical Sciences in Yokohama, Japan, in a recent Nature paper. A mixture of 17 strains of human-derived Clostridia designed to expand and differentiate Tregs relieved symptoms of colitis and allergic diarrhea in mouse models (Atarashi et al., 2013).

Similar caveats apply to all work on how the microbiome affects immune function, Kasper and Mazmanian said. Scientists are still sorting through the factors that affect the balance between the ability to fight infection and suppress autoimmune activity, without yet knowing how the microbiome may change in people to affect susceptibility to immune disorders.

"At this point," wrote Garrett, "let's just say we are investigating the effects of many microbial metabolites on the immune system throughout the body and the potential benefits for a number of diseases."

The study was supported by the U.S. National Institutes of Health, a Burroughs Wellcome Career in Medical Sciences Award, a Searle Scholars Award, and a Cancer Research Institute Investigator Award. Harvard University filed a patent (U.S. 61/800,299 with the U.S. Patent and Trademark Office on 15 March 2013 on short-chain fatty acids and their regulation of colonic regulatory T-cell populations and function, listing Garrett and Smith as coinventors.