About 20% of patients do not meet the diagnostic criteria of clinically isolated syndrome (CIS) based on radiological and clinical evidence. Patients who do not fit the CIS diagnostic criteria may yet have oligoclonal bands distinct to CSF, increased IgG synthesis rate and IgG index and must be treated as if they carried a diagnosis of CIS. 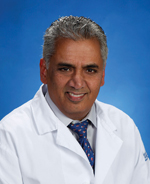 CIS is defined as the first presentation of neurological symptoms suggestive of multiple sclerosis (MS). To be considered CIS, the symptoms—typically optic neuritis or transverse myelitis—need to be isolated in time and accompanied by MRI evidence of demyelination.

In an important review article published in Lancet Neurology in 2012, Miller, Chard, and Ciccarelli of University College London showed that “the long-term risk for clinically definite MS is 20% when MRI of the brain shows no lesions apart from the symptomatic lesion.” This means that it’s likely we’re failing to identify 20% of patients who will go on to develop clinically definite MS. Those missed diagnoses represent a missed opportunity for early treatment and appear disproportionately to burden African-American patients, in whom transverse myelitis is typically the first symptom. In contrast, optic neuritis is typically the first symptom of CIS in Caucasian patients.

Fortunately, there is a relatively simple and rational way to address this problem.

According to a 2008 study by Tintore et al., 23% of patients who had normal MRI findings but were found to have oligoclonal bands in their cerebrospinal fluid (CSF) went on to develop clinically definite MS. According to a 2006 study by Masjuan et al., the presence of more than two oligoclonal bands in the CSF has a positive predictive value of 97%, a sensitivity of 91%, and specificity of 94% for developing MS after CIS.

Therefore, as I recently presented in an article in the Journal of the Neurological Sciences from which this essay is adapted (Avasarala 2015), I believe we should include CSF data in the formal diagnostic criteria of CIS. African-American populations typically have a higher disease burden in MS, and these patients tend to recover more poorly from relapses and have worse long-term outcomes than Caucasians. They also tend to have more robust CSF data.

Failure to accurately identify patients with CIS represents a missed opportunity. While the lumbar puncture necessary for testing CSF may present some element of risk, I believe the risk is dwarfed by the potential benefit of early treatment.

Dr. Avasarala is a neurologist with fellowship training in MS and currently works for the Greenville Health System in Greenville, South Carolina. He has no conflicts of interest.