Taking Studies of Sex Differences to the Next Level

Multiple sclerosis affects about three times more women than men, but pregnancy can protect against relapses, and MS in men tends to worsen faster. These naturally occurring sex differences could lead to new treatments—if they don’t stall on the way to the clinic.

Editor’s note: The following was expanded with permission from a letter to the editor that originally appeared on BiomedCentral in the journal Biology of Sex Differences (Voskuhl, 2016).

It is now over a year since the announcement of a new National Institutes of Health (NIH) policy to encourage applicants to consider studying both females and males in preclinical biological experiments. The policy would prevent researchers from assuming no sex difference or ignoring one sex entirely (Clayton and Collins, 2014).

Implementation of this policy is now beginning. Some researchers welcome it (Klein et al., 2015), while others oppose it (Richardson et al., 2015). Should all researchers be expected to assess for sex differences (Clayton, 2015)? Here, I offer a clinical perspective.

Sex differences in health and disease are numerous—neurodegenerative, cardiovascular, and autoimmune diseases, to name a few (Whitacre et al., 1999). Clinical observations of sex differences in disease should be viewed as precious clues in the search for new treatments to protect from disease, since they are naturally occurring disease modifiers (Voskuhl and Gold, 2012). 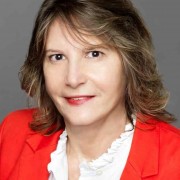 The new NIH animal research position was prompted by many observations. One, optimal doses and effects of drugs may differ between females and males. Two, disease mechanisms may also differ. Finally, we may learn a lot about a disease by understanding why it affects one sex more than another: What promotes disease in one sex and protects against it in the other?

It is a win-win situation for researchers to examine both sexes, not just one. If findings in one sex also occur in the other, then researchers have reproduced the experiment and shown their findings are relevant to both sexes. If findings do not occur in the other sex, then this is an important limitation of the initial findings (to only one-half the population) and also could lead to investigation of a naturally occurring disease modifier in one sex compared to the other.

Preclinical research on animals is essential for disentangling various mechanisms underlying sex differences in human diseases. It can reveal candidate targets for ultimate translation back to humans in a “bedside to bench to bedside” approach.

We have recently employed this strategy to investigate the protective effects of an estrogen treatment in women with relapsing-remitting MS (RRMS) (Voskuhl et al., 2015). This promising approach rests on a foundation of sex differences studies in animals.

As many groups have shown, estrogens (specifically estradiol and estriol) are protective at the preclinical level when given at a dose consistent with a pregnancy level in blood. Some of the underlying biologic mechanisms have been worked out. These preclinical findings informed the dose, timing, and endpoints for our estriol trial, a human study aiming to recapitulate in part the protective effect of pregnancy in females with RRMS.

Notably, in the early 1980s, long before the new NIH policy, it was known that symptoms improved during pregnancy in the preclinical model of MS in guinea pigs, rats, and rabbits. It is fortunate that not all researchers studied only males in those years. Otherwise, the biological basis for the beneficial effect of pregnancy on females would not have been discovered.

The anecdotal clinical observations that some women with MS may do better during pregnancy could have been merely due to stress, social factors, or reporting bias. Indeed, early studies showing a biological basis for the protective effect of pregnancy in preclinical models warranted a large study in pregnant women with MS that rigorously proved that pregnancy can, indeed, reduce relapse rates by 70% to 80% (Confavreux et al., 1998). Thus, preclinical work informs clinical studies.

Yet arguments persist against basic biological research on sex differences in animals. They have included the idea that cells studied in the culture dish do not function like cells in the human body and that mice differ from humans (Richardson et al., 2015).

However, those limitations are true for all preclinical research, not just sex differences. No preclinical model perfectly simulates all aspects of human disease. Each model is chosen based on a specific question, and several different models are used to provide comprehensive insight. Why should the study of the biology of sex differences be held to a different standard?

Another rationale for not doing biological sex differences research has been that there are gender-related social factors in humans that are poorly modeled in preclinical research (Richardson et al., 2015). Most clinical observations in humans are the result of both biological and social factors, nature and nurture. However, there are social and cultural differences associated with age and race. Does this preclude the study of biological effects of aging or race? No. Sex, age, and race are each important variables that impact disease. We need to understand both the biological and social factors for optimal treatments in each population.

Let us look beyond this first step, now that the NIH encourages researchers to consider sex as a biological variable in their systems. In the years ahead, this will result in many new observations of sex differences. When you look, you find. But to show that sex differences exist is the beginning, not the end.

A second step is needed. Support for research to understand the mechanistic basis for observed sex differences will be required to capitalize on initial observations and translate them back to human disease. If step one is taken without step two, a bottleneck of observations regarding sex differences will accumulate, only to then be lost without translation. Both steps are needed for ultimate translation back to the clinic.

Experts in sex differences research have the knowledge and motivation to take preclinical observations to the next step. Sophisticated experiments can help determine whether an observed sex difference is due to sex hormone (such as estrogen, progesterone, or testosterone) or sex chromosome effects (XX or XY) or both. This is where NIH funding opportunities will be needed. No NIH agency currently funds this type of research, since it falls outside typical disease-specific NIH research funding areas.

The study of sex differences can benefit both women and men with MS. We can learn things that can help men as well. For example, much preclinical work shows that testosterone is protective in MS models. That means high levels of testosterone may contribute to the lower incidence of MS in young men (Voskuhl and Gold, 2012).

These promising results led to FDA approval for a double-blind, placebo-controlled phase 2 trial of testosterone treatment in men with MS. It would test whether supplemental testosterone might help their MS, and also if it could improve fatigue, cognition, sexual function, and muscle mass, based on testosterone's known benefits in aging men without MS. More than 20 MS university centers across the United States are lined up and ready to participate.

Unfortunately, it is very hard to get a trial like this funded by companies, since testosterone is now a generic drug, not a patent-protected product. Also, men with MS are a relatively small group, so adding MS as an indication would not substantially expand the market for a treatment of aging.

During these times of very high drug costs (up to $70,000 per year in MS), NIH investment into generic treatments on the market for other indications would ultimately be cost-effective, particularly now that the government is providing health care for more people under the Affordable Care Act. Capitalizing on discoveries of the basis for sex differences in disease will lead to more affordable treatments.

For some, it seems to be an inconvenient truth that biological sex differences exist in many systems. Speaking as a feminist, sex differences do not imply inequality of the sexes. Speaking as a scientist, knowledge is always the path forward. Speaking as a physician, how can we justify ignoring a major disease modifier to our patients? Rather, we must embrace the study of sex differences without political bias or fear of misinterpretation in the pursuit of health for man- and womankind.

Dr. Voskuhl is a clinician researcher who focuses on preclinical models to understand the mechanism of sex differences in multiple sclerosis and translate basic research findings into the design and implementation of clinical trials in patients with multiple sclerosis. She is a professor of neurology and MS research chair at the University of California, Los Angeles, School of Medicine.