An animal model that presents an alternative to EAE suggested a role for sodium channel blockers in neuroprotection. This led directly to a successful human trial of phenytoin, which was presented at last week’s AAN meeting.

Editor’s Note: The article below originally appeared in slightly different form as a blog post on the website of the National Centre for the Replacement, Refinement, & Reduction of Animals in Research (NC3Rs), a U.K.-based scientific organization. It’s reprinted here with permission from the author, who’s NC3Rs’s science manager. Dr. Lidster writes about a study presented last week by Dr. Raj Kapoor at the annual meeting of the American Academy of Neurology in Washington, D.C. I interviewed Dr. Kapoor about that study, and that interview will be part of the next episode of our podcast, to be released early next week (on or about Monday, May 4, 2015). —Bob Finn, MSDF Executive Editor 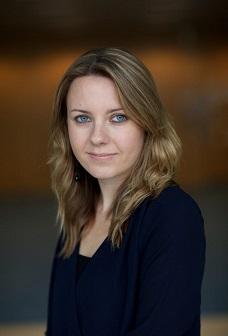 In 2010, Professor David Baker was awarded an NC3Rs Project Grant to develop a refined animal model of MS to assess neurodegeneration. The aim of the project was to reduce the suffering of animals used in preclinical MS research and to use the refined model to discover new therapies to halt the disabling progression of MS. Professor Baker discussed the refined model and its potential impact in a previous blog. The conventional animal model used in MS, experimental autoimmune encephalomyelitis (EAE), is classified as severe suffering under the Animals (Scientific Procedures) Act 1986 due to the development of paralysis. The refined approach avoids paralysis, therefore reducing the level of suffering. Imaging techniques were also developed to allow longitudinal measurement of disease progression, leading to a reduction in the number of animals required to test a new drug.

Studies carried out using the refined model provided supporting evidence to suggest a role for sodium channel blockers as a neuroprotective therapy. These results provided the impetus to further investigate the use of sodium channel blockers as a therapy for MS. The approach taken in the refined model also translated into a novel trial design to assess neuroprotection acutely by targeting optic neuritis, often the first clinical sign of MS.

A Phase 2 randomized controlled trial, led by Dr. Raj Kapoor of University College London, investigated the neuroprotective potential of early intervention with the sodium channel blocker phenytoin (previously licensed to prevent seizures in epilepsy). The primary outcome measure of the clinical trial measured the nerve fiber layer in the eye using optical coherence tomography, the same method adapted for use in the refined mouse model. The results of the Phase 2 trial were presented last week at the Annual Meeting of the American Academy of Neurology (AAN) in Washington, D.C. Dr. Kapoor presented data showing a 30% reduction in nerve fiber loss, which supports the idea that early intervention with a sodium channel blocker can be neuroprotective.

For people with MS, this is great news. This is also great news for the validity of the refined model of MS developed by Professor Baker. The latest news helps to validate the role of the refined model in the drug discovery pipeline for neuroprotective therapies and shows how the 3Rs can play an integral role in accelerating the translation of a discovery from the bench to the clinic.