Talking to Reporters: 13 Tips for Researchers

It’s easy to get jaded about the state of science journalism these days. But there are a lot of us who want to do right by science, and here’s how you can help. 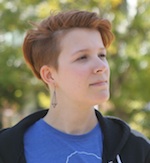 At a hot topics session at the ACTRIMS-ECTRIMS joint meeting in Boston, a talk about a runaway media frenzy in Canada really struck a chord with me. If you’re in the MS community you’ll remember the claim, first advanced in 2008, that chronic cerebrospinal venous insufficiency (CCSVI) is the cause of MS. Some elements of the Canadian news media promoted liberation therapy as a “revolutionary treatment” for MS and ran with it. Patients traveled across borders to have a risky procedure done, people died, no one was cured. This story is unfortunately too familiar.

Michael Rasminsky, M.D., Ph.D., of McGill University in Montreal, Canada, who gave the ACTRIMS-ECTRIMS talk, placed some of the blame on the news media. But another issue was that few scientists spoke out publically against the procedure. It was a “perfect storm” for misinformation, Rasminsky said.

Stories like these are sobering reminders of what can happen if I’m not careful in my job.

I’m just at the beginning of my career as a science journalist, and one of my core values is always to report balanced, accurate representations of current research. I think most science journalists would say the same.

But I also want to make rent every month. Part of that is finding interesting, exciting stories that get lots of clicks and shares. Such is the world we live in.

To many journalists, CCSVI probably seemed like a good story at the time. We are humans too, and our “B.S. radar” is only so good, especially when it comes to the complexities of science.

But once an idea like liberation therapy establishes itself in the public consciousness, as Rasminsky says, it’s hard to extricate it. Presenting people with facts even leads them to dig their heels in more, in a phenomenon aptly named the Backfire Effect.

But does that mean all hope is lost? Should researchers just give up? Let the media have its field day and keep to themselves in the ivory tower?

I say no. If anything, stories like liberation therapy prove that we need media-friendly scientists now more than ever.

“I’m not sure why people don’t like to talk to the media. There’s the idea that the media often get it wrong so why bother?” Rasminsky said to me over the phone. He added that researchers are often too busy, and talking to a reporter doesn’t fit neatly into their schedule.

I believe it’s safe to say that journalists, and especially science journalists, are curious by nature and possess a deep love for learning—just like scientists!

So, without further rambling, here’s a list of tips for talking to the media.