Gray matter atrophy seen on MRI showed better association with MS progression than did white matter atrophy at 5 and 10 years, although atrophy occurred in whole brain, cortex, and putamen 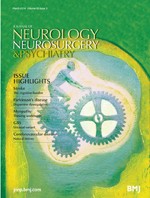 Gray matter (GM) atrophy seen on MRI showed better association with multiple sclerosis (MS) disease progression than did white matter (WM) atrophy at 5 and 10 years, according to findings of a 10-year follow-up study published online first in the Journal of Neurology, Neurosurgery and Psychiatry (Jacobsen et al., 2014). The investigators also found significant associations between disease progression and atrophy in the whole brain, the cortex, and the putamen.

“The search for reliable MRI markers to predict disease progression in MS has been ongoing for more than two decades,” wrote Cecilie Jacobsen of the Department of Neurology at Stavanger University Hospital in Norway and colleagues. “Standard MRI can be used to measure longitudinal changes in global, tissue-specific and regional brain volumes. GM atrophy has been found to correlate with disability progression in some studies, while others did not confirm this.”

The study goals were to find MRI biomarkers associated with long-term progression of disability in persons with MS and to determine their rate of development of global, tissue-specific, and regional atrophy over the long term.

At their first visit and after 5 and 10 years of follow-up, 81 persons with MS underwent clinical neurological evaluation and brain MRI acquired on 1.5-T scanners for calculation of T1-lesion and T2-lesion volumes (LVs).

After adjusting for age, sex, scanner type, disease course, baseline volumes of T1- and T2-lesions and of specific brain structures, and months on DMT, the only MRI measures independently associated with disability status at 5 years were rates of whole-brain and of cortical atrophy.

“This long-term study shows that whole brain, cortical and putamen atrophy occurs throughout the 10-year follow-up of this MS cohort and is more pronounced in the group that showed disability progression at 5, but not at 10 years of follow-up,” the study authors wrote. “Overall, GM atrophy showed better association with disease progression than WM atrophy over 5-year and 10-year follow-up.”

Although MS has long been considered to be a disease of the cerebral WM and spinal cord, volumetric brain tissue analysis has shown that GM pathology is at least as important as WM pathology. In this study, cortical and putamen volume loss were significantly associated with disability progression after 5 years, but WM volume was not, suggesting that GM pathology may be playing a crucial role in MS-related disability progression.

Study limitations include use of two different MRI scanners, assessment of disability progression at discrete 5- and 10-year time points, and relatively small sample size with considerable dropout (31 patients, 38.3%) from baseline to 10-year follow-up.

“The search for biomarkers that can predict the course of MS is an ongoing pursuit,” the study authors concluded. “MRI is one of the available tools to monitor disease activity, but is well known not to correlate very well with clinical outcomes. Assessment of GM pathology may add to the understanding of the disease progression in MS, and overcome the clinical–MRI paradox.”

MS is a progressive neurodegenerative disease of the human central nervous system, which causes disability in young adults. MS is a “whole-brain disease” and in the long run causes significant atrophy of brain and spinal cord, which in turn causes irreversible disability. Once a patient is diagnosed with MS, many questions are raised about the patient’s prognosis and markers of disease progression toward permanent disability. Presently, MRI of brain and spinal cord provides the most objective tool to assess the progression of MS and development of global as well as gray and white matter atrophy.

In their interesting study, Dr. Zivadinov and colleagues utilized MRI biomarkers to determine the rate of general as well as gray and white matter atrophy in a cohort of MS patients who were followed up for 5 to 10 years after the initial diagnosis. The investigators found that patients with progressive disability had experienced significant brain shrinkage, with whole-brain atrophy as well as cortical and putaminal atrophy. In general, shrinkage of gray matter revealed a better correlation with disease progression during the 5- and 10-year follow-up period. While currently some of these MRI biomarkers serve as research tools for better understanding the pathogenesis of MS, the routine application of these particular MR sequences by clinicians in the near future may enable them to provide patients with more accurate answers about their prognosis and also more thoroughly assess the patient’s response to treatment.

An important open issue in longitudinal brain volume studies is whether to measure absolute or percentage change.

The biggest drawback to such studies is obviously how atrophy is measured in gray and white matter and if standardized techniques exist that are accepted by radiologists across the globe. To my knowledge, there are no parameters, no guidelines, none. This is a significant problem.

Having said that, this subject has been well documented, in more ways than one. For instance, cortical lesion load and atrophy are associated with progression of disability in MS, cognitive impairment (Calabrese M, et al., Brain, 2012, Calabrese M et al., Arch Neurol 2009) and significant axonal transection and neuronal loss in gray matter lesions have been demonstrated (Bo L, et al., Acta Neurol Scand Suppl 2006). Every physician in the world of MS knows tat axonal transection equates with disabilty so why is this study relevant and while deep gray matter involvement might have been characterized, even that aspect is well known, and published reports indicate deposition of iron in the deep gray matter of MS brains that could cause disability. I think this is old wine in new bottles.