Serum from relapsing MS patients reduced cultured brain cells’ expression of tight junction molecules and increased the expression of cell adhesion molecules that promote cytokine-activated leukocyte migration. If these serum factors are also present in plasma or whole blood, the research raises questions about the safety of blood donations from people with MS. 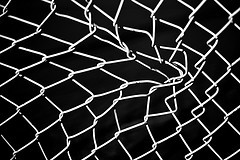 Breakdown of the BBB is an early feature of MS. MRI and autopsy studies reveal a damaged, leaky BBB, with disrupted tight junctions, in both active and inactive MS lesions. Once the BBB breaks down, leukocytes (activated by cytokines) can migrate across the BBB endothelium into the brain. The breakdown of the BBB and the migration of activated leukocytes across the BBB are among the earliest cerebrovascular abnormalities seen in MS brains and occur in concert with the release of inflammatory cytokines.

A complex pattern of results emerged. For example, sera from both SPMS and relapsing RRMS patients reduced the expression of the tight junction protein claudin-5 in cultured BMECs.

Both serum and purified immunoglobulin G from all types of MS patients increased the expression of the vascular cell adhesion protein VCAM-1. VCAM-1 is a cell surface protein expressed by cytokine-activated endothelium that mediates the adhesion of leukocytes to the vascular endothelium.

Shimizu et al. wrote, “Our present study demonstrated that the sera from patients with relapsing MS or SPMS can induce the BBB breakdown.” In contrast, serum from MS patients in the stable, remission phase of RRMS did not suppress the expression of claudin-5, the tight junction protein.

The researchers also looked at MMP-2/9, a proteinase that can open the BBB by damaging tight junction proteins such as claudin-5 and occludin. Expression of MMP-2/9 increased in BMECs after the cultured cells were exposed to sera from relapsing RRMS patients—but not after exposure to sera from SPMS or stable RRMS patients.

Finally, when serum from relapsing RRMS patients was pretreated with the drug GM6001—an MMP inhibitor—the cultured cells expressed normal amounts of claudin-5. In short, GM6001 inhibited MMP so it could not depress claudin-5 levels, “rescuing” the BBB. It’s conceivable that GM6001 might have therapeutic value for inhibiting BBB damage in relapsing patients. As Shimizu et al. wrote, “A previous report suggested that treatment of GM6001 ameliorates EAE [experimental autoimmune encephalomyelitis] by repairing the disruption of the BBB.”

If Shimizu’s work also applies to whole blood or plasma in living patients, it could potentially raise questions about the safety of blood donations by MS patients. According to a spokeswoman at the American Red Cross, “multiple sclerosis has not been a cause for blood donation deferral since at least 2005. If a donor has MS, but feels healthy and well and meets all other eligibility criteria, he/she should be able to donate blood.”

This work was supported in part by research grants from the Japan Society for the Promotion of Science, Tokyo, Japan, by a Health and Labor Sciences Research Grant for research on intractable diseases from the Ministry of Health, Labor and Welfare of Japan and also by a Translational Research Promotion Grant from Yamaguchi University Hospital. The authors have declared that no competing interests exist.

I find the in vitro study interesting and of good quality. A next step would definitely be to test blockers of VEGF and/or MMPs in models for MS. Interestingly, IFN-β (currently used in MS patients) also reduces MMP activity.
The Shimizu study uses serum, which is derived from coagulated blood. The reader should be aware that this is not the same as blood. Plasma comes closer to that, but this was not studied. Thus, although there is no evidence from this manuscript that MS patients have BBB opening factors in their circulation (blood), the observed BBB leakage in MS patients could be indicative for such an activity. On the other hand, the results of this study may help us to identify these factors and to use them as potential targets for treatment.
With regard to blood donation, yes, if this is true, we should be careful in the future, unless we can show that BBB-damaging effects are not induced by plasma or whole blood from MS patients in a SP or relapse phase.