Will cerebrospinal fluid immunophenotyping rewrite the diagnostic and treatment manuals for progressive MS?

Biomarkers of inflammation differ considerably between the blood and cerebrospinal fluid (CSF), and patterns of these markers in the CSF might help stratify patients by inflammation level instead of diagnostic label, according to a study published in The Journal of Immunology (Han et al., 2014). 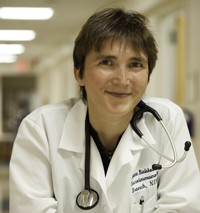 Using 14 immune cell populations in CSF and blood, senior author Bibiana Bielekova, M.D., of the Neuroimmunological Diseases Unit of the National Institute of Neurological Disorders and Stroke (NINDS) and colleagues at the U.S. National Institutes of Health, Pusan National University in South Korea, and George Washington University successfully profiled cell populations in samples from a large group of patients representing inflammatory and noninflammatory neurological diseases, including multiple sclerosis (MS). Both pediatric and adult patients took part in this immunophenotyping study.

Immunophenotyping involves sorting and counting cells in a flow cytometer based on markers that identify immune cells by subtype. In this study, the results of this analysis suggest a possible distinction in inflammatory profiles between relapsing-remitting MS (RRMS) or secondary progressive MS (SPMS) compared to primary progressive MS (PPMS) but also some overlap among these categories. In addition, the authors found that blood markers, by comparison, were not informative regarding central nervous system (CNS) inflammation. These findings thus point to the CSF as a necessary source for evaluating the presence of inflammation.

Because some patients diagnosed with PPMS shared an inflammatory profile with RRMS and SPMS, this overlap in inflammation markers suggests that a minority of patients with PPMS might benefit from immunomodulating therapies that could reach the CNS. “The idea that DMTs might be useful in a subclass of PPMS is very interesting and definitely worth further investigation,” said David Booth, Ph.D., an immunologist at the University of Sydney, Australia, in an emailed response to questions from MSDF. “[This] study advances the understanding of MS relative to other neurological diseases and the differences between the MS clinical courses significantly.”

The method itself represents an advance as well, according to Dolores Subirá, M.D., Ph.D., an immunologist at Hospital Universitario de Guadalajara, Spain, who published an early paper (Subirá et al., 2002) on using flow cytometry to immunophenotype CSF samples for clinical purposes. “The authors introduce a very important technical advance with respect to what we did 12 years ago,” she wrote to MSDF in an email. “They used a 12-color flow cytometer, which means that they did not have to distribute the sample in different tubes and could simultaneously study a high number of antigens in a single well.” This boost in the number of identifiable cell subtypes holds clinical possibilities that include “monitoring of cell behavior to predict changes in the evolution of the disease,” said Subirá, adding that this kind of profiling might also be helpful in deciding or possibly anticipating changes in therapy.

The study, conducted primarily at NINDS, followed a natural history protocol, recruiting all patients, adult and pediatric, undergoing evaluation for possible CNS inflammatory disease. Across the participating institutes, investigators collected spinal fluid samples from 221 patients for analysis as part of the diagnostic workup. Patients who received a diagnosis ultimately were grouped as having either one of the MS subtypes (RRMS, SPMS, or PPMS), another inflammatory disease, or a noninflammatory disease of the brain and spinal cord.

A flow cytometer separated cells from these samples, based on fluorescence from monoclonal antibodies attached to the cells and bearing fluorescent tags. The authors used 12 antibodies specific to immune cell subtypes to distinguish 14 different populations based on fluorescence patterns. They also looked for signs of activation in the cell subtypes, which would indicate a cell actively engaged in an immune-related job.

To evaluate how well the resulting patterns of immune cells defined diagnostic groups, the research team used software to group patients based on these patterns rather than on diagnosis. Some significant distinctions emerged in CSF cell subtype patterns for the inflammatory versus noninflammatory disease groups and for RRMS/SPMS compared to PPMS. For example, the analysis clustered almost all patients with RRMS into groups with cell profiles suggesting an intermediate or high number of immune cells.

Patients with PPMS, however, split about evenly into clusters with a low or intermediate number of immune cells. Two-thirds of SPMS patients clustered in the intermediate group with most of the RRMS population, and the other third fell into the low group with about half of the PPMS patients. A quarter of RRMS patients clustered into the group with the highest immune cell counts, which contained almost no patients with PPMS or noninflammatory disease. Blood values were very different from CSF values and seemed largely uninformative.

This distinction between blood and CSF values and the relevance of the CSF patterns is the take-home message of this study, said Bielekova, a neuroimmunologist and chief of the NINDS neuroimmunological diseases unit. “Diagnostics suck,” she asserted. “We shouldn’t be relying on these clinical classifications because unfortunately they are not exact.” Quoting study results showing that 30% of SPMS patients had a noninflammatory phenotype while 56% of PPMS patients did, she noted that still, a lot of the study participants with progressive MS fell into the inflammatory phenotype groups. “If I were a patient, I’d want to know: Do I actually have the target for which the physician is going to treat and for which I’m paying $40,000 a year?”

Bielekova said that she thinks that diagnosis of CNS inflammatory conditions is poised for change and will ultimately look quite different from the current picture. “We are using measurements developed decades ago that are good but not ideal,” she said. “I truly believe that some of these methodologies of biomarkers and immunophenotyping will help identify patients that are amenable to treatment and which are not.”

The immunophenotyping study is one of the first steps to doing that, according to Bielekova. Even current CSF endpoints are not ideal for several reasons, she said. One, she pointed out, is that a high immunoglobulin G (IgG) index and the presence of oligoclonal bands, both current CSF signs that might suggest MS, can persist for years after an inflammatory insult. “For example, you can have meningitis or encephalitis in childhood and have an IgG index elevated and bands for the rest of your life,” she said. Many patients who are classified as undergoing an inflammatory process today might simply be showing remnants of one long past, she noted, calling into question how helpful immunomodulatory treatment might be for them.

A problem with flow

Of course, evaluating CSF currently requires acquiring CSF samples, which means using the dreaded lumbar puncture (LP). Bielekova acknowledged this obstacle, observing that even for the current study, obtaining samples from healthy controls was sufficiently difficult that the study control group consisted of “me, my fellow, and three other people.” The post-LP headache is one rumored disadvantage, which Bielekova herself has experienced as part of her participation in the study. “I took Friday off and was able to read,” she said of having the headache. “It was wonderful.”

The study’s healthy control group thus consisted of only five people, however, which the authors acknowledge in the paper as a limitation. Booth observed that this small group “greatly limits the interpretation of the meaning of the difference between MS and controls; … (for example), are B cells higher in MS than controls, or just higher than the other neurological diseases?”

For their comparisons to healthy controls, the authors used a cutoff of two standard deviations from the healthy control mean. Subirá confirmed that most studies use this cutoff, and Bielekova agreed that the cutoff used is the norm but observed that the optimal number of healthy controls might be 20 or 30 samples.

Subirá said that one issue she saw with the control data was the presence of granulocytes in the CSF samples. “In my experience, unless the CSF is contaminated with peripheral blood, in normal CSF, granulocytes and basophils are scarce,” she said. Bielekova said that their group found basophils and granulocytes in the CSF because of their specific protocol. “The reason people haven’t found them is that granulocytes are the first to lyse,” she said, explaining that because their team iced samples right away and sent them to the lab immediately, these cells did not lyse and were still present.

Immunophenotyping, with or without basophils and granulocytes, doesn’t tell the whole story, though, said Caleph Wilson, Ph.D., an immunologist at the University of Pennsylvania, who talked with MSDF about the immunological implications. “These are interesting findings,” he said, “but an immunologist will always say, ‘What are they doing?’ It’s like a team shows up for a game. OK. How well are they actually playing?”

Wilson said that the next question to address to make a clear determination about inflammation is which cytokines the cells are producing. “The fact that you found lymphocytes does not indicate accurately what the lymphocytes are doing,” he said, observing that details about the cytokines give a better idea.

Bielekova agreed, noting that indeed, one of their just-completed studies involved examining the phenotype of two immune cell subtypes in 100 patients, work that she described as “technically much more demanding” than the immunophenotyping. And, of course, there are hitches. “The problem is that those kinds of functional studies require many more cells. I don’t want to say too much, but that’s a study that is in progress.” She said that one aim in ongoing and future work is to miniaturize the methodologies to work with the limited cell populations available from CSF.

The work is worth it, according to Bielekova, because of the patients. “Medicine has been so long practiced on feelings,” she said, adding that a physician will say, “ ‘I have a feeling that this patient has inflammation or doesn’t have inflammation,’ and those feelings are wrong most of the time. We need to stop being feelers. We need to work with facts. We need to be able to measure and say ‘Yes.’ ”

This work was supported by the intramural research program of NINDS/NIH. The authors and commenters have nothing to disclose.

We deal with neuroimmunological diseases without measuring anything. If our cardiology colleagues were to deal with hypertension by not measuring blood pressure but by giving drugs and looking at how the patient feels, … they would be as unsuccessful as we have been. We need to develop understanding of diseases and use these CSF measurements to guide our diagnostic process and decisions.