Debate: Do Physicians Rate the Risk of Disabling MS Less Than the Risk of Effective Treatment?

MS prescribing depends on balancing benefit against hard-to-assess risk. At the recent World Congress of Neurology in Vienna, two experts in MS debated whether physicians rate the risk of disabling MS less than the risk of effective treatment. The debate centered on how clinicians and patients perceive risk and how decision-making must be done collaboratively.

How much risk is appropriate in the treatment of multiple sclerosis? For that matter, which risks should we focus on: the risks of disabling disease or the risks associated with effective treatment? Balancing these risks falls on physicians and patients together, but do they see eye to eye?

At the World Congress of Neurology (WCN) last month in Vienna, Austria, two experts debated the question of “whether clinicians rate the risk of disabling MS less than the risk of effective treatment.” During the discussion, it also emerged that patients' concerns about the disease may differ somewhat from what clinicians see as most important.

The Pro argument: A firm “Maybe” 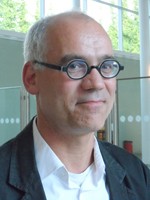 While debates are usually “Pro/Con” or “Yes/No” affairs, Christoph Heesen, M.D., of the Institute of Neuroimmunology and Clinical MS Research at the University Medical Center Hamburg in Germany led off the discussion with a big “Maybe.” His opening slide showed a cartoon of a gaggle of smiling white-coated people standing by the bedside of a frowning man. The lead doctor was telling the patient, “When we want your opinion, we'll give it to you.”

Dr. Heesen said predicting disability is the “major hurdle we have in MS.” If that could be known, it would be so much easier to set a level of acceptable risk of treatment. As it is, he said, patients need to take a major role in deciding whether to take high-risk treatments.

Unfortunately, balanced evidence-based information to guide decision-making is often lacking. As an example, searching PubMed for the phrase “natalizumab and risk perception” just a week before his talk yielded only three articles, one of which was his own (Heesen et al., 2010). One of the others was a position statement (Rudick, 2011) to facilitate patient decision making from the Mellon Center for Multiple Sclerosis at the Cleveland Clinic in Cleveland, Ohio. PubMed had nothing at all on alemtuzumab and risk perception.

Dr. Heesen asked what is an acceptable level of risk of progressive multifocal leukoencephalopathy (PML) with use of natalizumab, and who should decide? A 2009 survey showed that more than 80% of patients would accept a risk above 2 in 10,000. Fifty percent of physicians would have stopped natalizumab at that level. The real risk of PML was 4 in 10,000 then and is 33 in 10,000 now.

In a German study presented at WCN (PERCEPT, poster P247), both patients and physicians viewed MS as a fairly serious disease, but viewed the risk of PML as moderately low (about 8 to 11 points on a 25-point scale of “seriousness”). About one-third each of 681 patients and 90 neurologists said the patient should decide on the treatment after discussing it with the physician. About 58% of each group said they would like to decide together. A small percentage of patients and neurologists thought patients should decide themselves, the physician should make the decision after talking with the patient, or the doctor should decide alone.

The study also found that physicians' acceptance of risk has changed, with many willing to consider using natalizumab up to a 100/10,000 risk of PML. Dr. Heesen wondered whether physicians had gotten used to the risk or maybe were just following patients' desires.

Patients and physicians may also differ about what bodily functions are most relevant to the patient. Patients ranked walking, vision, and thinking and memory as high on their list of functions to preserve.

They ranked other bodily functions, such as hand power and coordination, skin sensations, lack of pain, bladder or bowel control, wakefulness and alertness, speech, swallowing, mood, and sexuality at about 10% or less.

He concluded his presentation by saying that there are really two areas of diagnosis, one of the medical condition, and the other of patient treatment preference (Mulley et al., 2012). One scheme involves first “team talk,” then “option talk,” and finally “decision talk.”

The Con argument: “Not necessarily” 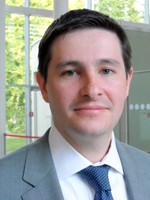 Arguing that clinicians do not necessarily rate the risk of disabling MS less than the risk of effective treatment, Daniel Ontaneda, M.D., of the Cleveland Clinic’s Mellen Center for Multiple Sclerosis in Ohio explained that treatment is a delicate balance between benefits (e.g., maintenance of function, control of relapses and disease progression, and a sense of protection) and risks (e.g., adverse events, tolerability, decreased quality of life from medication, and a loss of independence from being on medication for life).

With the proliferation of treatment options over the past decade, medications now vary in their efficacy and especially their risks. At the same time, “our goal of treatment has changed significantly also in the last 5 years” from just suppressing clinical disease activity to controlling lesions evident on magnetic resonance imaging, Dr. Ontaneda said.

He, too, focused on patient priorities, the top one being how long it would take for the disease to progress, followed by the adverse effects of PML risk, liver failure, and leukemia, according to a study. “This attests to the fact that patients mostly are making decisions of treatment based on efficacy,” he pointed out.

In a survey of Danish general practitioners, physicians' willingness to recommend a drug depended on how the data were presented. A figure of relative risk reduction was more persuasive than the number needed to treat or the absolute risk reduction.

One problem is how to measure benefits and risks. Benefits are well established in the short term (e.g., relapses or Expanded Disability Status Scale progression within 3 to 6 months), are easily measured, and are predictable. Thus, they often form the basis for regulatory approval of drugs. Risks, on the other hand, especially risks of newer therapies, are not well established, are unpredictable, and severity is difficult to measure.

Without good evidence for the long-term benefits of many of the disease-modifying agents, it is difficult to truly assess risk. Still, these agents are often used to treat progressive forms of MS. “It's possible that the long-term effects of these medications aren't as good as we think they are,” Dr. Ontaneda said, so it appears that neurologists may have a “relatively high level of risk tolerance to significant side effects using therapies with marginal efficacy.”

Patient perceptions of acceptable risk appear to depend on their level of disability. As disability accrues over time, patients became more willing to accept more risk of treatment.

In conclusion, Dr. Ontaneda said that as with most diseases and treatments, MS therapy must be individualized. He advised at least four points for clinicians to keep in mind when balancing the risk of disabling MS against the risk of effective treatment:

“Basically, it's our job as neurologists to present options and to guide,” Dr. Ontaneda said.

After the formal presentations, he asked the audience how many people had actually treated PML associated with natalizumab. Two people raised their hands in an audience of roughly 300. He then asked how many had treated an MS relapse. “Almost all of us,” he observed, and furthermore, “Risk-benefit perception may be slightly different depending on what medication we study.”

Dr. Heesen added that a physician's perceptions of benefits and risks of treatment may also be affected by their clinical experience with patients with more severe disability or with a severe adverse effect such as PML. He agreed that therapy needs to be individualized and chosen in consultation with the patient.

I think this debate is putting the proverbial “cart before the horse”.  I do not think the so called benefits of DMTs are well known, at least by people with MS.  The pharmaceutical companies present and market “relative risk reductions” demonstrated in clinical trials, which are then echoed repeatedly by neurologists and MS organizations.  This data may be quite misleading.

The echoed relative risk reductions only tell half the story about potential benefits of treatment.  The other half of the information is for a person to know and understand the raw outcome data and absolute risk reductions observed in clinical trials.   Until that information is widely disseminated and understood, I don’t think a person can begin to weigh the benefits vs the risks of DMTS.

To illustrate my point, here’s an example and commentary from healthnewsreview.org (emphasis added):

"Researchers, clinicians or journalists who report only on relative differences in making claims about a new idea should tell the rest of the story. It is absolute differences that probably matter most to most people trying to make sense out of such claims.

Expressed as an absolute difference, the new drug reduces the 5-year risk for blindness by 1%.

Each is accurate. But if your job is marketing manager for the new drug, you are likely to only use the relative risk reduction. If your job is journalist, (I would add or neurologist, MS professional or organization) you would serve your readers and viewers better by citing the raw data and pointing out the absolute risk reduction."

Thanks to all neurologists, MS professionals, publications and MS organizations for considering this idea and for including raw and absolute risk reduction outcome data on DMTs when informing people of the potential benefits of treatment.  I believe it would help us tremendously in understanding and considering the benefits/risks of treatment.

Shay Koe is quite right. Knowing relative risk is just about useless unless it is viewed in light of the absolute risk. The examples he gives illustrate the point well.

This principle applies to both benefits and risks. A doubling of a tiny benefit may not be worth it if there is also some relative increase in the probability of a larger absolute risk of an adverse event. One needs to know the absolute values for the risks and benefts if one is to be able to rationally evaluate a potential change in either.

One hypothetical example is if you tell someone that taking a certain medication will cut his or her risk of a heart attack in half, most people will probably want the medication. If you then tell him that it will cost $1,000/year, most people will start to wonder if it is worth it. If you then say that 30% of people taking the medication get heartburn and itchy skin, they'll really start to think about whether they want to take it. If you then say that the absolute risk of a heart attack for their level of exercise and their weight and age group is 0.2%/10 years, I doubt if anyone would accept the medication. However, it may be worth it if they are overweight, don't exercise, and have a cholesterol level that puts them in a category in which 30% of people will have a heart attack in 10 years.

So, as Shay Koe noted, risks and benefits must be weighed in light of the absolute risks of each. And in the case of MS and many other diseases, benefits are not unitary. Different benefits may accrue at different rates by taking a drug, and similarly, different adverse effects may have different absolute probabilities. Nothing is easy -- except finding out the absolute risks. Those numbers are in the drug trials. So it's worth looking at the trials and not just the marketing materials.