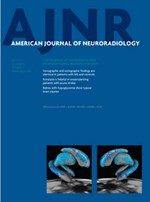 The study appeared in the current edition of the American Journal of Neuroradiology. Robert Zivadinov, M.D., Ph.D., of the State University of New York, Buffalo, is the corresponding author.

The researchers noted that the exact prevalence of white matter (WM) signal abnormalities in healthy relatives of people with MS, as well as the impact of such findings, has not been fully investigated.

"The purpose of this study was to compare WM signal abnormality characteristics and the prevalence of radiological isolated syndrome in healthy control subjects selected randomly from the population with the healthy relatives of patients with MS," they wrote.

To that end, these researchers enrolled 150 healthy control subjects: 82 with no family history of MS and 68 who had at least one family member with MS.

Each of the subjects underwent 3T magnetic resonance imaging. They were also evaluated for the presence of radiologically isolated syndrome (RIS) using the Okuda criteria. In addition, the researchers used Swanton criteria to assess MRI images for dissemination in space as well as whether the images fulfilled criteria for RIS.

They reported that healthy relatives of people with MS exhibited significantly higher total volumes of WM signal abnormalities than did subjects with no family history of MS (P = 0.024 for signal abnormality ≥ 3 mm in size and P = 0.025 for all sizes).

When all lesion-size groups were assessed as a whole, healthy relatives of people with MS had more signal abnormalities located in the periventricular WM than did people with no family history of MS (20.6% versus 8.5%).

The investigators reported that compared with controls, nearly twice as many healthy relatives of MS patients had at least 9 WM signal abnormalities (8.8% versus 4.9%).

In addition, the researchers noted, 2.9% of subjects with MS in their family histories, compared with 2.4% of controls, showed evidence of RIS as assessed by Okuda criteria. Comparable figures using Swanton criteria were 10.3% and 3.7% respectively. Neither of these comparisons was statistically significant.

Plans are in the works to follow this same cohort of patients for the next 5 years, the researchers said.

"Because the treatment of RIS is controversial, possible differences in the conversion rate of clinical and imaging characteristics between the RIS Okuda/Swanton criteria may influence future treatment decisions at the stage of RIS," they conclude.

The authors have disclosed no relevant conflicts of interest.