The association between a rare mitochondrial eye disease and MS grows curiouser and curiouser. Do the two conditions occur together by chance, or is there more to it than meets the eye? 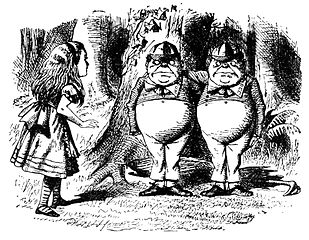 Some patients with the rare mitochondrial eye disease Leber hereditary optic neuropathy (LHON) develop MS-like symptoms. A study from Jacqueline Palace, M.D., principal investigator and leader of the Oxford Multiple Sclerosis and Neuromyelitis Group at the University of Oxford, and colleagues published in the Journal of Neurology, Neurosurgery & Psychiatry reveals white matter changes in two LHON patients who do not have MS symptoms, possibly providing a snapshot of early MS (Matthews et al., 2014). But the jury is still out on whether the co-occurrence of the diseases reflects chance or a shared pathogenesis.

“A number of hypotheses have been put forward to explain the intriguing association between LHON and MS. A lot of questions still remain unanswered,” said Patrick Yu-Wai-Man, M.D., Ph.D., in an interview with MSDF. Yu-Wai-Man is an academic ophthalmologist at Newcastle University in the U.K., who studies the two diseases but who was not an author of the new paper.

In the new investigation, three experts reviewed blinded brain MRIs from 30 people with MS but not LHON, 31 people with LHON but not MS, and 11 people with LHON and MS symptoms (LMS). All subjects with MS or LMS had white matter lesions. Of the eight individuals with LHON alone who had white matter lesions, two fit the pattern of MS, but seemingly at an earlier stage: smaller lesions, fewer oval ones, no “Dawson’s fingers” (lesions at specific angles to veins near the ventricles), and no diffuse widespread lesions.

The MRI studies add a twist of irony to a mysterious gender effect seen in the eye disease. “In females with clinical LHON, the MRI features in those without MS were MS-like, and these women may have early MS. In the males with LHON and no clinical MS, the MRI features were not MS-like,” Palace said. Of individuals with LHON and MS-like symptoms, 66% are female. But the eye disease strikes the sexes differently: 50% of males who inherit an LHON mutation lose vision, but only 10% to 15% of females do.

LHON is rare, however, affecting only one in 30,000 to 50,000 people. With the few dozen known cases of LMS identified over decades, the opinion seems to be shifting toward coincidence rather than shared pathogenesis.

LHON is a painless but profound blockage of central vision. Typically, one eye soon follows the other, as retinal ganglion cells degenerate and the optic nerve atrophies. In contrast, MS-associated optic neuritis is milder, typically affects one eye, and is reversible (Palace, 2009).

Neurologists in London described the first LHON-MS link in 1964 (Lees et al., 1964). Fifteen members of a five-generation family had LHON (12 males and three females), and two of them also had MS-like symptoms.

In the family, a woman who lost vision suddenly at age 15 developed right leg weakness, tingling hands, and slurred speech 6 years later. Her brother lost vision at age 51, but became weak on his left side within 6 hours, and that weakness lasted 2 months.

One case may have been ignored; two sparked the researchers to speculate that “the two diseases seem to fuse in one family; … could it not be a doubly heightened susceptibility in which the nervous system at a given moment and in response to as yet undiscovered factors begins to show widespread damage?”

By 1988, after more pedigrees of LHON families had been scrutinized, a pattern of inheritance through the mother emerged (Wallace et al., 1988). Four years later, when Anita Harding, M.D., and colleagues described more cases of the co-occurrence, LHON with features of MS became known as Harding’s disease (Harding et al., 1992).

Inheritance through the mother signals mutation in the tiny genomes tucked into the cell’s thousands of mitochondria. Mitochondrial DNA is circular and unadorned, like that of the bacteria that the organelles likely descended from. Sperm are too streamlined to ferry mitochondria into eggs, and so everyone inherits mitochondrial DNA solely from their mother. Most cases of LHON result from three particular mutations in a gene encoding a protein that is part of the respiratory chain.

As researchers described more cases of concurrence, they thought further about the connection, if any, between the two diseases.

A 2005 paper reported on a 25-year-old woman who had LHON, Hashimoto thyroiditis, and active and inactive demyelinating plaques in the white matter and optic nerve. This suggested that the mitochondrial mutation may have aggravated or initiated autoimmunity (Kovács et al., 2005).

A 2008 report described what the authors called a “neurological rarity”—a 32-year-old woman who had LHON and “three temporally distinct episodes of neurological disturbance suggestive of demyelination in the spinal cord … indistinguishable from multiple sclerosis” (Parry-Jones et al., 2008). The authors surveyed other cases and concluded that the coexistence of the diseases occurs more often than by chance. They recommended screening for LHON in MS patients with severe visual loss, “because this has important prognostic and genetic implications.”

In 2009, a report attributed brain lesions in the dual disease to inflammation and disturbed energy metabolism (Perez et al., 2009), and a 2012 paper suggested that mitochondrial resemblance to bacteria enables them to activate innate immunity when they burst from damaged cells, calling the organelles “enemies within” that release “alarmins” (Zhang et al., 2010).

The impetus for the new study was an oft-cited earlier estimate that MS concurred with LHON about 50 times more often than would be expected by chance. But that picture has been changing as cases build.

When Ludo Vanopdenbosch, M.D., a neurologist at AZ Sint Jan Brugge Oostende AV in Belgium, and colleagues screened MS patients with severe bilateral visual loss for the three common LHON mutations in 2000, they found that 2% had them and concluded that this was more than coincidence (Vanopdenbosch et al., 2000). But a 2013 paper from Patrick Chinnery, Ph.D., of Newcastle University and co-workers added a dozen more MS cases to those published, totaling 56, and decreased the percentage of patients with LHON mutations. This convinced Vanopdenbosch that “there is no sufficient evidence that the association of LHON and MS is more than a chance association,” he told MSDF (Pfeffer et al., 2013). The percentage of MS patients with LHON fell further as the Belgium series expanded. Vanopdenbosch said that only five of the 12,000 or so people with MS in Belgium also have LHON.

The new report does clarify what happens when the two conditions coexist. In an interview with MSDF, Cheng Zhang, M.D., a neuro-ophthalmologist at Montefiore Medical Center, said, “This is an interesting paper that helps us understand the CNS lesions in LHON. However, similar MRI lesions on neuro-imaging do not necessarily mean they have the same pathological process. MS is a primary autoimmune inflammatory disease, while LHON is a disease with optic nerve degeneration caused by mitochondrial DNA mutation.” Zhang was not involved in the study.

Another independent commenter, Barrett Katz, M.D., MBA, also a neuro-ophthalmologist at Montefiore, compared the situation to a dog having both ticks and fleas. “MS and LHON are totally different diseases,” he explained in an interview with MSDF. “It’s an apples and Buicks situation.”

The researchers are part of the MAGNIMS network and report funding from the Medical Research Council, Merck Serono, Biogen Idec, Teva Pharmaceutical Industries, Bayer Schering Pharma, Genmab A/S, Merck Serono, and others. The commentators have no relevant disclosures or funding sources.