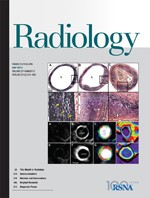 In people with long-standing multiple sclerosis (MS), white matter (WM) atrophy and lesion volume were associated with whole-brain and deep gray matter (GM) atrophy. Cortical atrophy, on the other hand, was associated with loss of integrity in normal-appearing WM (NAWM), according to a magnetic resonance (MR) imaging study published April 23 in Radiology (Steenwijk et al., 2014).

“Previous studies found that GM atrophy has a stronger association with clinical disability in MS than WM lesions (i.e., the inflammatory component of the disease),” lead author Martijn D. Steenwijk, M.Sc., Neuroscience Campus Amsterdam, Department of Radiology and Nuclear Medicine, VU University Medical Center, Netherlands, told MSDF. “The exact mechanism underlying GM atrophy is unknown, but some hypotheses indicate a relationship with WM pathology. We investigated the relationship between GM atrophy and WM pathology in patients with long-standing MS, [who] are expected to have large differences in pathology and clinical disability, and therefore might allow for a more reliable recognition of possible differences between clinical subtypes and disease mechanisms.”

The study goal was to identify focal and diffuse WM abnormalities associated with whole-brain, deep, and cortical GM atrophy in people who had had MS for at least 10 years.

“Although in the past MS has been considered an inflammatory demyelinating disease affecting primarily the WM of the central nervous system, a substantial number of recent studies have established that GM is also involved in different stages of the disease,” Robert Zivadinov, M.D., Ph.D., FAAN, of the Buffalo Neuroimaging Analysis Center Department of Neurology, School of Medicine and Biomedical Sciences, University at Buffalo, NY, told MSDF when asked for independent comment. “In MS patients, GM pathology is better related to both physical and cognitive disability than [WM pathology]. An increasing body of evidence suggests that the atrophy of cortical and deep GM structures is associated with WM lesion burden; however, the underlying pathophysiologic processes remain poorly understood.”

“Whole-brain and deep GM atrophy were mainly related to WM lesions and atrophy, while cortical atrophy was related to NAWM damage measured with DT MRI,” Massimo Filippi, M.D., of the Neuroimaging Research Unit, Department of Neurology, San Raffaele Scientific Institute, Vita-Salute San Raffaele University in Milan, Italy, told MDSF when asked to review this study. “The relationship between GM atrophy and WM abnormalities was most pronounced in patients with RRMS than [in] those with SPMS and PPMS. Clearly, these results have important implications since they suggest that deep and cortical GM neurodegeneration are driven by different factors and that the interplay between these factors may vary over the course of the disease (from RRMS to progressive MS).”

Filippi pointed out that the study was limited by its cross-sectional design, which precludes determination of changes over time, and by failure to evaluate the contribution of cortical lesions.

Other limitations noted by the study authors were the older average age of patients with MS than that of control subjects, the relatively small SPMS and PPMS groups for the large number of explanatory variables in the regression analyses, and use of disease-modifying therapy in 28% of people with MS, which could have affected the results.

In addition, particularly in cortical thickness models, the investigators could not rule out the possibility that cortical lesions could have reduced integrity of the connected WM because of anterograde neurodegeneration, also known as Wallerian degeneration. This process occurs when a nerve fiber is cut or crushed, and the portion of the axon or nerve fiber that is separated from the neuron's cell body degenerates distal to the injury.

Findings may assist in management

“The relationship between GM atrophy and WM abnormalities could be helpful in the assessment of disease progression in MS,” Steenwijk said. “As the underlying disease process appears to change, advanced MS may require a different therapeutic approach.”

He recommends further investigation into the more independent neurodegenerative process in patients with progressive MS, particularly to determine why this process becomes independent from WM pathology.

The investigators and Zivadinov believe that findings of this study support the notion that long-standing MS may require a different therapeutic approach, namely one that is more neuroprotective or neuroregenerative rather than anti-inflammatory in nature.

Zivadinov explained that in MS, secondary Wallerian degeneration is certainly implicated in neuronal damage of GM structures, but it seems unlikely to be the sole cause of GM pathology.

“Other primary or secondary process, such as demyelination, neuronal loss, and glial and synapse reduction, as well as axonal transection, may contribute to the overall damage in the GM,” Zivadinov said. “Therefore, to identify the nature of the pathophysiological processes that can lead or contribute to the damage of GM may help in development of more effective treatments, especially in the more advanced stages of the disease.”

Zivadinov referred to the study findings as “an important advance in the knowledge of the nature of GM pathology in long-standing MS” but noted that many questions remain still unanswered and should be addressed in future research.

“For example, one central issue to be answered is how the relationship between GM and WM pathology in MS patients evolves over time, which is something that can be addressed only in long-term longitudinal studies,” Zivadinov concluded. “Given that healthy controls also develop GM and WM atrophy as part of the aging process, in addition to accumulation of WM lesions due to presence of cardiovascular risk factors, it will be important to understand how the evolution of GM versus WM pathology differs in MS patients versus healthy controls over time. This can help develop more MS disease-targeted treatment strategies.”