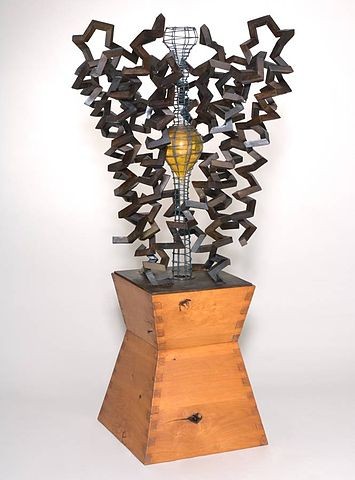 When experimental findings disagree, or demonstrate very different strengths of an association, several explanations are possible. The situation could be one of “apples and oranges,” comparing patients at different stages or with distinct subtypes. Or perhaps a design didn’t control for all contingencies. Patient groups may be too small to demonstrate an effect.

None of these explained why one group of investigators was unable to replicate another group’s findings on the role of autoantibodies against inward rectifying potassium channel 4.1 (Kir4.1) in multiple sclerosis (MS). Instead, the inherent artificiality of a standard technique lay behind very different findings.

In the current issue of the Multiple Sclerosis Journal (Nerrant et al., 2014), Thierry Vincent, Ph.D., in the department of immunology at St. Eloi Hospital in Montpellier, France, and colleagues reported using enzyme-linked immunosorbent assay (ELISA) and immunofluorescence to detect anti-Kir4.1 antibodies among 20 of 268 (7.5%) people with MS, 2 of 46 (4.3%) patients with other neurological disease, and 2 of 45 (4.4%) healthy controls.

The article’s title, “Lack of confirmation of anti-inward rectifying potassium channel 4.1 antibodies as reliable markers of multiple sclerosis,” suggests doubt about previous work, but that wasn’t so. “The aim of our study was not to challenge the previously published data but just to evaluate this putative biomarker in our patients,” Vincent told MS Discovery Forum.

In the Vincent study, 65.3% of participants had relapsing-remitting MS and 22.6% secondary progressive, whereas the Hemmer group included patients with clinically isolated syndrome, 80% of whom go on to develop MS. However, the stratification doesn’t explain the different results. Instead, researchers implicate ELISA.

Of ion channels and antibodies

Potassium channels may also be targets of autoantibodies. They are the most diverse, the most abundant, and perhaps the most important ion channels, essential for neurotransmission, muscle contraction, hormone secretion, and the heartbeat.

The idea of a reaction to potassium channels in MS goes back a decade, to a study that found autoantibodies against the water channel protein aquaporin-4 in neuromyelitis optica (Lennon et al., 2004). The aquaporin reaction distinguished the disease from MS and catalyzed the search for a target of an autoantibody response in MS. Both aquaporin-4 and Kir4.1 are part of the dystrophin-glycoprotein complex in cell membranes.

Kir4.1’s localization, to oligodendrocyte cell bodies and astrocyte processes near synapses and blood vessels, suggests how autoantibodies might drive pathogenesis. Normally the channels help maintain the electrochemical gradient across cell membranes of astrocytes near synapses, assisting in glutamate uptake and activating complement. They might also alter potassium buffering and thereby affect neurotransmitter homeostasis, and interact with aquaporin to regulate water distribution.

Proteomics defines seven subfamilies of potassium channels, named Kir1-7, each with multiple members. Classification is based on the strength of the current the channels let in and their second messengers. The channels are homotetramers of two membrane-spanning α helices (Neusch et al., 2001). Kir4.1’s first extracellular loop is the most antigenic.

The ELISA used in the 2012 paper from Hemmer’s group and in the current Multiple Sclerosis Journal report immobilized the first extracellular loop and adjacent intramembrane regions on streptavidin-coated plates, to which anti-human Kir4.1 antibodies and patient samples were added. But apparently attachment of the antigen could not be precisely replicated.

“Many variables influence performance of ELISA,” Simon Rinaldi, Ph.D., of the Nuffield Department of Clinical Neurosciences at the University of Oxford told MSDF. “These include the nature of the peptide versus whole protein affixed to the plate, its concentration and binding density, the composition of the plate itself, the blocking steps, method of washing, temperatures used for primary and secondary steps, and perhaps most critically, the primary concentration and secondary antibody used.” Rinaldi was not involved in either of the Kir4.1 studies.

Hemmer outlines the challenges of using ELISA in assessing Kir4.1. “The peptide ELISA is difficult to handle and prone to artifacts due to several reasons,” he says, including use of frozen and not entirely pure preparations of peptide, as well as free cysteine that “interferes with the formation of complexes that are intended to mimic the natural Kir4.1 loop formation. The accessibility of biotinylated termini and coating strength of the peptide is variable.” His group found different coating strengths using peptides from three companies.

“I agree with Dr. Hemmer. I do not think that differences between patients could explain the discrepancy. Maybe we were not able to manage the ELISA, even if we used exactly the same peptide and the same plates, purchased from the same companies,” Vincent said, acknowledging that better communication between the groups might have averted, or at least clarified, technical difficulties with the assay.

The foundation of the problem, Rinaldi added, is the artificiality of ELISA. “In human disease, antibodies do not bind to a pure preparation of antigen affixed to a plastic surface, but largely to antigens in a lipid bilayer within a heterogeneous local environment likely modulated by other surrounding molecules.” He mentioned more realistic ways to assess binding, such as coupling tissue sections, cell cultures, or in vivo systems with a pathogenic readout.

The Vincent group indeed used a more lifelike approach too. “Indirect immunofluorescence on brain and cerebellum sections, a test we used routinely in the lab, were also negative with MS sera, whereas positive controls with a commercial anti-Kir4.1 antibody and an anti-aquaporin 4 serum gave very beautiful staining,” Vincent said.

Yet a study from Hemmer’s group published earlier this year, which did not use the same ELISA technique, implicated anti-Kir4.1 antibodies in 27 of 47 (57%) of children with acquired demyelinating disease, but in none of 62 patients with other neurological diseases, autoimmune disease, or healthy controls (Kraus et al., 2014).

Although the Multiple Sclerosis Journal article concludes that their work showed “strong evidence against a pathogenic role of anti-Kir4.1 antibodies in MS,” the jury is clearly still out on the magnitude of that role.

“Both groups are technically excellent and judicious,” said Amit Bar-Or, M.D., in an interview with MSDF. “However, there may be particularities to how the antigen is processed and incorporated into the assay, which may be expected to influence the readout.“ Bar-Or, an associate professor of neurology and neurosurgery at McGill University and a neurologist and immunologist at the Montreal Neurological Institute, was not involved in either study.

Authors of the Multiple Sclerosis Journal article report no disclosures. Funding was from INSERM. Dr. Bar-Or is on the scientific advisory board of the Accelerated Cure Project, the nonprofit publisher of MSDF. Dr. Rinaldi has no relevant financial disclosures.