Rebooting the immune system with a transplant of a patient’s own hematopoietic stem cells vanquishes MS symptoms. Understanding how it works may lead to development of safer alternatives. 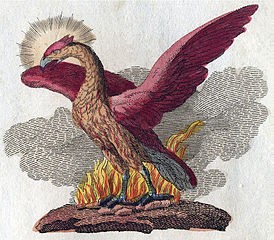 Purging the immune system of myelin-reactive T cells and replacing them from an immune system born anew makes sense. And so far, like the phoenix of Greek mythology that is reborn from its ashes, autologous hematopoietic stem cell transplant (AHSCT) restores an immune system that somehow alleviates MS symptoms in a subset of patients, sometimes spectacularly. But the secret to the apparent success is more complicated than starting over with a blank immunological slate.

AHSCT has been used to treat selected patients for MS since 1995 but has not been systematically studied. An observational report from Joachim Burman, M.D., a neurologist at Uppsala University Hospital, and colleagues from the major hospitals in Sweden just published in the Journal of Neurology, Neurosurgery and Psychiatry evaluated safety and adverse effects among 48 patients who received transplants from May 2004 through April 2013 (Burman et al., 2014).

Outcomes at the 5-year mark were encouraging and consistent with those of other studies:

Patient selection is key to efficacy, said Burman in an interview with MSDF. “A diagnosis of relapsing-remitting MS should be mandatory, preferably with a high degree of inflammatory activity, such as high relapse frequency or many enhancing lesions on an MR scan. It’s advantageous to treat before too many deficits have occurred. Age also seems to be an important factor. In fact, our best results are seen in patients with pediatric MS.”

Failure of conventional treatment is another consideration in selecting patients for AHSCT. While none of the 48 patients in the Swedish study died, the overall AHSCT mortality rate is about 5%, and the chemotherapy is grueling. Center experience and type of procedure are important safety factors too, Burman said. “While it is tempting to believe that a more intense regimen would lead to better clinical effect, this has not really been proven. To my mind, safety of the procedure comes first, and therefore I advocate a low-intensity regimen.”

In the Swedish study, mean patient age was 31, mean disease duration prior to transplant was 75 months, and patients suffered a mean of 4.1 relapses in the year before transplant. Most patients had tried two treatments before AHSCT.

Investigators used cyclophosphamide and filgrastim to mobilize peripheral HSCs. They saved the bone marrow samples, and then 3 weeks later patients received either of two ablative chemotherapy protocols, with prophylaxis against major opportunistic infections. The investigators followed up by administering an MRI and the Expanded Disability Status Scale (EDSS) at 3 and 6 months after transplant and then annually. Patients also underwent an MRI at any relapses.

Patients with inflammatory disease prior to the procedure, as indicated by gadolinium-enhancing lesions on MRI, fared better than those who hadn’t had lesions (disease-free survival 79% vs. 46%, p = 0.028). And fading of T2 lesions on the MRI scan could be due to remyelination, which the researchers plan to investigate, Burman added.

Other research groups are evaluating hematopoietic stem cells or mesenchymal stem cells in the treatment of MS. When Richard Burt, M.D., chief, of the division of medicine-immunotherapy and autoimmune diseases at Northwestern University Feinberg School of Medicine in Chicago, IL, and colleagues reported encouraging results in a phase 1/2 trial of AHSCT in 2009 (Burt et al., 2009), they called for a randomized trial.

Replacing an immune system with an infusion of cells may be simpler than the mechanical challenge of replacing a heart or other complex organ. But in terms of understanding how the new function reboots, the dynamic nature of a stem cell transplant makes it much more difficult to profile.

Investigators are finally starting to understand how AHSCT can take a patient from wheelchair to walking. Illuminating the mechanism is more than an academic exercise. “The hope is that if we understand better how a transplant works, we can develop drugs that can do the same thing without the bone marrow extraction and chemotherapy,” said Peter Darlington, Ph.D., an assistant professor in the department of exercise science at Concordia University in Montreal, in an interview with MSDF.

Paolo A. Muraro, M.D., Ph.D., who heads the clinical neuroimmunology group at Imperial College, London, and colleagues showed in 2005 that AHSCT does more than rid the body of misdirected T cells (Muraro et al., 2005). Their frequently cited 2005 paper revealed that “a sequential combination of thymus-independent peripheral reconstitution pathways and thymus-dependent immune rejuvenation profoundly reconfigures the immune system in patients with MS who received HSCT and results in a prolonged disease activity-free interval that is not reliant on immunosuppression.” But they didn’t pinpoint exactly which part of the renewed immune system erases the symptoms of MS.

Then a 2013 report from the Canadian MS/BMT Study Group suggested a surprising explanation for the success of AHSCT (Darlington et al., 2013). The researchers zeroed in on the roles of T cell subsets Th1, Th2, and Th17 in enabling the renewed immune system to abrogate the symptoms of MS by following 14 patients.

The Canadian team had expected that after AHSCT, Th1 levels would fall and Th2 would rise, because Th1 promotes autoimmunity and Th2 protects against it. But levels of both were unchanged. So how does the transplant actually work?

Darlington’s expertise may have provided an answer: the Th17 response, a less-well-studied subclass of T cells. “Th17’s normal job is to fight off fungus, but it is nasty for autoimmunity because it crawls into the brain and damages tissue by producing IL-17, which permeates the blood-brain barrier. And that's where we found the therapy changing something—it significantly reduces the Th17 profile. Th1 is probably still bad, but if Th17 is down, maybe Th1 can’t get into the brain,” he hypothesized. Experiments with a humanized mouse model confirmed the effect. (Lowther et al., 2013).

Although excited about the discovery, Darlington remains cautious for now, pointing out that the study was restricted to patients with severe disease who had received several types of treatments. In an interview with MSDF, Danny Altmann, M.D., Ph.D., a professor of immunology at Hammersmith Hospital of Imperial College London, agreed. “In terms of Th17-Th1 relationships, I think there’s still a way to go therapeutically. There are a number of diseases where biopharma sees easy wins for anti-IL-17 treatment, but I’m not sure MS is at the front of the queue.”

The fact that researchers observed efficacy of AHSCT in a subset of MS patients without understanding the mechanism isn’t unusual in medical science. When 11th century healers in China pulverized smallpox scabs and rubbed them into pricked skin or shoved them up noses, all that mattered was that it prevented infection—understanding the inner workings of the secondary immune response wasn’t important. Today millions of people take highly effective antidepressants, for which the precise mechanism is still not known. Knowing how a treatment works isn’t essential, but it can help.

The “bench-to-bedside” approach of translational medicine is more an oscillation, with discoveries pinging back and forth as clinicians and scientists probe how healing happens. The encouraging Swedish experience with AHSCT in MS, the coming phase 3 clinical trial results of the therapy, and the body of research that is beginning to explain how the immune system reinvents itself provide an elegant example of that oscillation toward conquering disease.

This is an excellent study. Regardless of the mechanisms that are in play that produced great results in a small study, I would hazard a guess that the real benefit of such studies would be at the earliest stages of the disease - CIS or clinically isolated syndrome. If MS as a disease is NOT treated at the earliest stages, axonal loss and gliosis will ensure that the EDSS score is not at the low end of the spectrum. In fact, NO study should be allowed to be conducted unless CIS is treated. Why this is not done is beyond me but MS scientists as a group should attack the disease at the earliest stage of disease evolution. The same holds true for PD, Alzheimer's disease or any neurodegenerative disease. It is no use trying to save a house after it has been burnt down to a few sundry embers. This is precisely the reason why stem cell infusions into CSF (for MS patients) are unlikely to pan out since the damage is done.