CMSC Indiana Meeting to Go On Despite “Religious Freedom” Law

The Consortium of Multiple Sclerosis Centers will not be canceling its annual meeting, scheduled for May 27-30 in Indianapolis 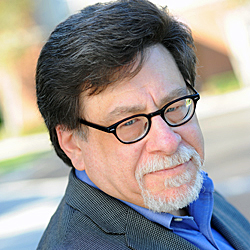 Last Friday, the state of Indiana passed the “Religious Freedom Restoration Act.” The act, signed into law by Indiana Governor Mike Pence, will apparently allow individuals and businesses to refuse service to gays and lesbians. A florist could, for example, cite the law in refusing to provide flowers for a wedding ceremony involving a gay or lesbian couple.

In response, some organizations are threatening to reduce their presence in the state, and others are canceling planned meetings.

Despite passage of the law, the 2015 meeting of the Consortium of Multiple Sclerosis Centers (CMSC), scheduled for May 27 to 30 in Indianapolis, will not be canceled. “It is impossible to reschedule a meeting that will attract about 1,800+ individuals and requires large amounts of meeting and exhibit space, audiovisual support, hotel rooms, etc., with 2 months notice,” wrote CMSC President Robert P. Lisak, M.D., in response to an emailed inquiry from MSDF.

Dr. Lisak, who holds the Parker Webber Chair in Neurology at Wayne State University in Detroit, added that CMSC has not yet developed an official position on the new law, “but many of us find the law deplorable. … I will very likely make a personal comment in my opening remarks. [I think this] represents bigotry hidden under the term freedom of religion.”

Dr. Lisak said that CMSC has no current plans as an organization to protest the law, but “Certainly individuals are free to make their position known.”

Some local businesses are reportedly reacting to the law by posting window stickers stating, “This Business Serves Everyone.” One way meeting attendees could make their positions known is by preferentially patronizing businesses displaying such a sticker.

While I agree it’s unreasonable to expect CMSC to cancel its meeting on such short notice, I hope the organization will consider a more forceful and affirmative response. I for one would like to see rainbow flags flying throughout the conference, rainbow lapel pins provided for attendees, prominent signs stating CMSC’s support for its LGBTQ members, and perhaps passage of a resolution stating the organization’s condemnation of discrimination and bigotry under the cover of “religious freedom.”

How do you think CMSC as an organization, its officials, and individuals attending the meeting should respond to the “Religious Freedom Restoration Act”? Please share your views in the comments below.